You are here: Home / About Us / Board of Directors 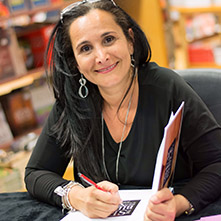 Dr. Betito is a clinical psychologist with a specialty in sexuality, and has been a practicing psychotherapist for over 30 years. Her professional activities and experiences are diverse. More than 28 years ago, She began her career in radio as a co-host on MIX 96 in Montreal; a station that broke barriers when it introduced a call-in show (The Love Line) which aired once a week and focused on sex and relationships. In 1999, she joined CJAD 800 with her own talk show (this time nightly), once again focused on sex and relationships. Her syndicated show, “PASSION”, has soared to take the number one position in its time slot, and it is the only show of its kind on Montreal airwaves. Her television appearances are also quite numerous. Laurie has appeared across Canada, on the weekly show EROS (The Life Channel) as the Sex Expert, as well as on MenTV where she hosted the show “LET’S TALK SEX”. She has appeared frequently on various television programs and documentaries, including news segments, both as a commentator, and as a regular “sexpert”, and is an accredited member of ACTRA. Laurie has had regular features in national magazines such as MENZ MAGAZINE, MUM MAGAZINE, and A2Z Parents, and has published several academic papers. She is affiliated with the Montreal General Hospital’s Human Sexuality Unit, and is a senior member of their specialized team. Laurie continues to lecture extensively in Montreal and across North America. She has also presented two TEDx talks and is the author of The Sex Bible For People Over 50, which addresses a myriad of physical, emotional, and social changes that can affect couples who are 50 and over. 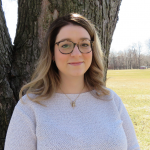 Tanya D’Amours completed a Master’s degree in Community Psychology at Wilfrid Laurier University and a Bachelor’s degree in Psychology with a minor in Interdisciplinary Studies of Sexuality at Concordia University. She is currently a Research and Knowledge Mobilization Coordinator at the Douglas Institute for Mental Health. Her passion is working to empower communities to help them make healthy, well informed choices.
Tanya feels that human sexuality is complex and constantly evolving, making it essential provide the youth in our communities with the information and tools that they need to make healthy and educated decisions. She strongly believes that you are never too young to learn about healthy sexuality and healthy relationships. 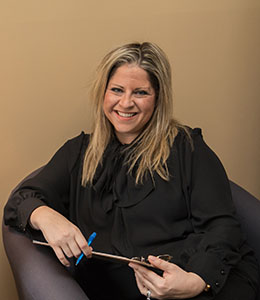 Stephanie Mitelman is part time Faculty at Concordia University, a Member of the Order of Sexologists of Quebec, an AASECT Certified Sexuality Educator, and a Certified Family Life Educator (National Council of Family Relations).
She is one of the founding members of the Sexual Health Network of Quebec, and is the Chair of Mobilization for the Concordia Union Part Time Association.
Mitelman trains Boards, organizations, teachers and therapists across Canada and the USA on teaching sexuality to those with special needs, and has a private practice working one on one with individuals with an Autism Spectrum Disorder.

She has been creating materials for the classroom for fifteen years and specializes in creating unique activity kits to address specific questions about puberty, health, boundaries, safety and consent, for typically developing students as well as those with special needs- www.sexedmart.com 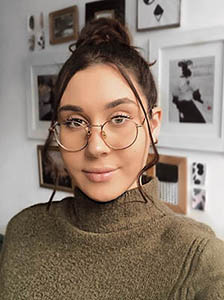 In 2019, Katja Kathol completed a Bachelor’s degree in Sociology with minors in Gender, Sexuality, Feminist, Social Justice and Communication Studies at McGill University. Katja is currently engaged in neurology and neuropsychology-based research projects funded by the Montreal Neurological Institute and the Centre de recherché de l’Institut universitaire de gériatrie de Montréal. In addition, Katja works with Sex Ed Mart to create accessible and diverse education materials for typically and atypically developing students. In September 2020, Katja will begin a Master of Education degree at McGill University in the Department of Educational and Counselling Psychology. Her research will focus on inclusive sexual education practices. Through this research, Katja hopes to examine the impact of sexual education on the social and emotional well-being of students.

Wayne Clifford has a superior Class I teaching diploma from McGill faculty of Education, a Masters in Education Degree from University of Vermont and completed Doctoral Comprehensives in Educational Administration and Counseling at the University of California at Los Angeles. He has taught and served in an administrative capacity in 4 Lakeshore elementary schools prior to becoming a Department Head for Cycle One, then Guidance and Student Services at Beaconsfield High School. His last 20 years there were as a counselor where he established very successful peer counseling and peer-led sex education programs. Since retirement from the public sector, Wayne has served on the Board of Directors of CLSC Lac St. Louis, the West Island Community Resource Centre, the Table de Concertation Sud de Ouest de l’Ile and the Canadian and Quebec Counselling Associations. He is a Certified Canadian Counsellor, who has twice been President of the Quebec Counselling Association and is currently a Director of QCA. Wayne is a volunteer at the West Island Y.M.C.A. and has certified as an Associate in Sex Education with the Institute for Advanced Study of Human Sexuality in San Francisco. Wayne has presented at the annual Sexuality Conference which is held in Guelph, On. and at the American and Canadian Counselling Association Annual Conferences. Since 2014, Wayne has been a Commissioner at the Lester B. Pearson School Board. 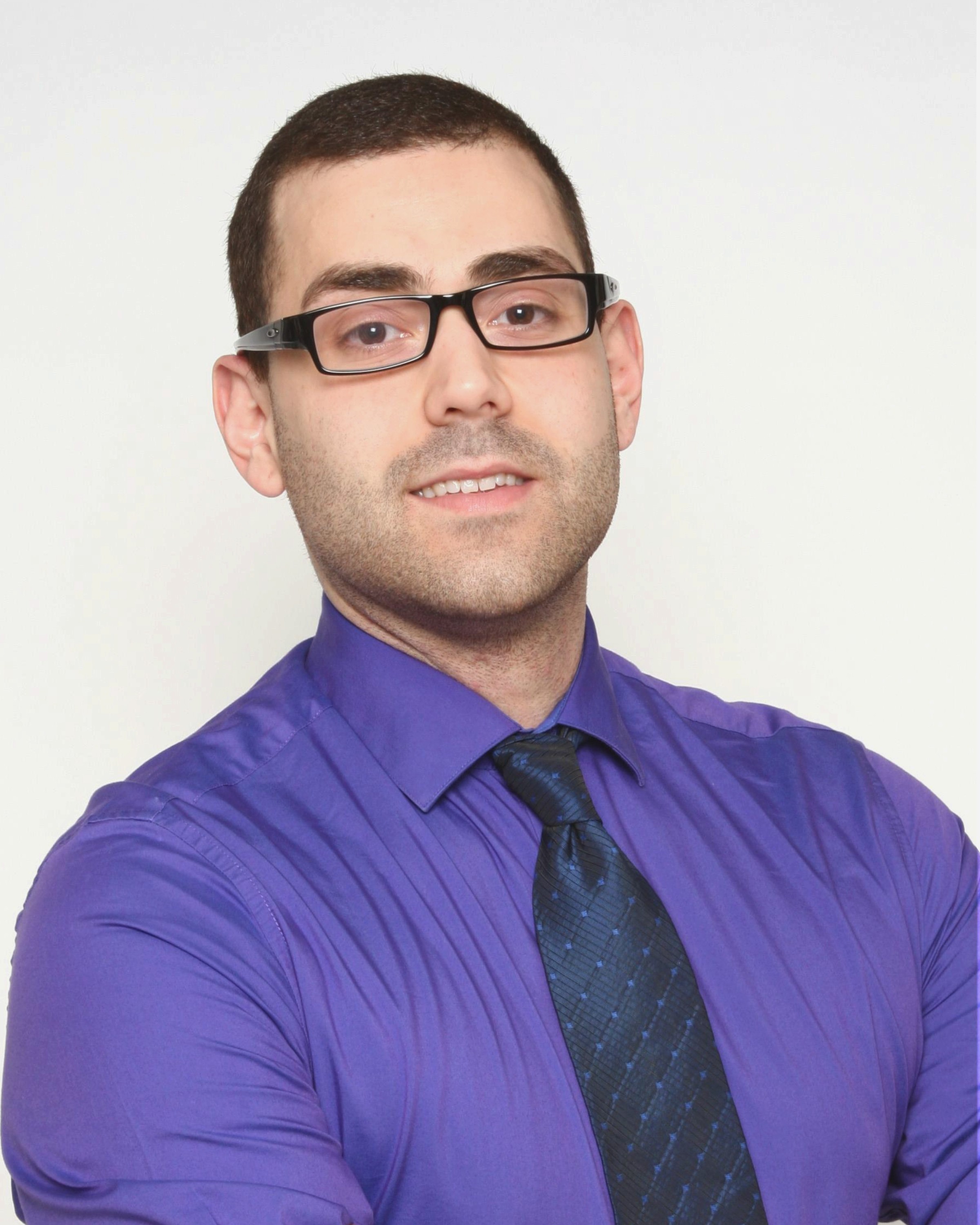 Daniel Almeida is a neuroscientist and Ph.D. candidate at McGill University. Daniel’s research utilizes post-mortem human brain samples, coupled with detailed psychological autopsies, to study the molecular impacts of severe childhood abuse on the human brain. In December 2019, Daniel was selected by Forbes magazine to appear on their 2020 30 under 30 list for the category of science. As an emerging leader in childhood and mental health research, Daniel is passionate about knowledge translation. He is a mental health advocate who teaches free-accessible workshops on understanding mental illness, suicide crisis intervention, and psychological wellbeing. Daniel also co-created a “Sexual Violence Response Training” program targeted towards graduate students at McGill University. He is passionate about all things behavioural neuroscience, as well as the intersection between sexual health and mental health. 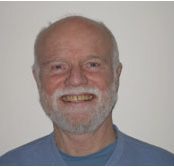 Pat taught French and Humanities at Dawson College in Montreal from 1973 through 2005. As part of the Humanities curriculum, he offered numerous courses in human sexuality, covering everything from basic anatomy to gender relations. In the early eighties, he was a member of the Association pour les Droits des Lesbiennes et Gais du Québec (ADLGQ), and worked specifically on the dossier developing a comprehensive integrative curriculum for human sexuality at the provincial (‘national’) level. As a member of the editorial board of the organization’s publication, ‘Le Berdache’, Pat produced an advice column, ‘Cher Patrice’, with a focus on gay male sexuality. In these contexts, Pat first collaborated with Planned Parenthood, finding their expertise most helpful in terms of public education. Pat joined Planned Parenthood Ville Marie in 1986 as a member of the Board of Directors, just before it officially became Planned Parenthood Montreal. In 1988, he became President of the Board, through to its recent dormancy period. Although it is quite impossible to give a thumbnail sketch of the activities of that era for the purposes of a ‘biography’, suffice it to say that it involved everything from responding to individual phone messages at our offices, to dealing directly with the media on issues of major concern in the area of sexual health. Currently, in addition to being a member of the Board of the reincarnated Sexual Health Network of Quebec (formerly PPM), Pat is a member of the steering committee of the Abortion Rights Coalition of Canada (ARCC), which has replaced the Canadian Abortion Rights Action League (CARAL). Pat honed his skills as a humanistic educator at The New School of Dawson College from 1973 to the present, where he still offers seminars (in existential literature and human prejudice) as a volunteer teacher.

The Sexual Health Network of Quebec